Contract: Conflicts – use the analyzer

Click here to read more about contract rules in employments.

Click here to read more about changing a contract.

Conflicts in a contract

It could then happen that a conflict will arise between the request that was placed (based on the old schedule) and the current schedule. This conflict can then be solved by the administrator, or the request can be changed or deleted altogether.

Where to find the analyzer?

The analyzer can be found in the edit employee screen, which can be found via ‘Settings (gear icon top right)’ ⇒ ‘Users’ ⇒ ‘Overview’ ⇒ the user in question. It has a magnifying glass icon, on the left side of the contract rule.

When you select the magnifying glass, a new screen will appear showing the contract conflicts. See example below: 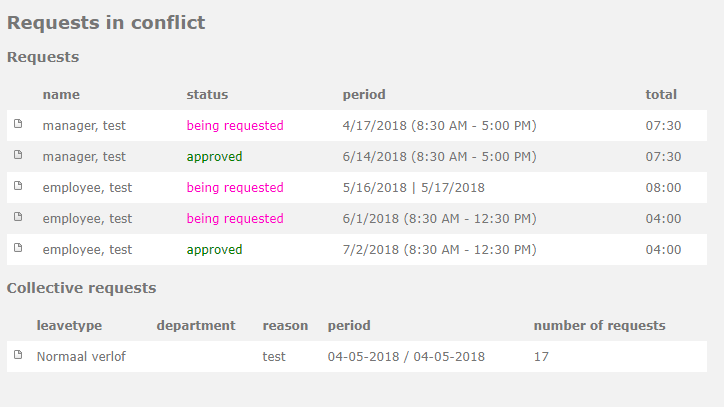 Here, you can see that the system has found several conflicts; each request which has conflicting data is shown in a list. Such conflicts can arise when for instance an employee’s schedule is changed after they have already placed a request for that time period. In the list above, you can see that there are conflicting requests which were still being requested and also some that were already approved. When you select the detail icon, you will be directed to the following screen: 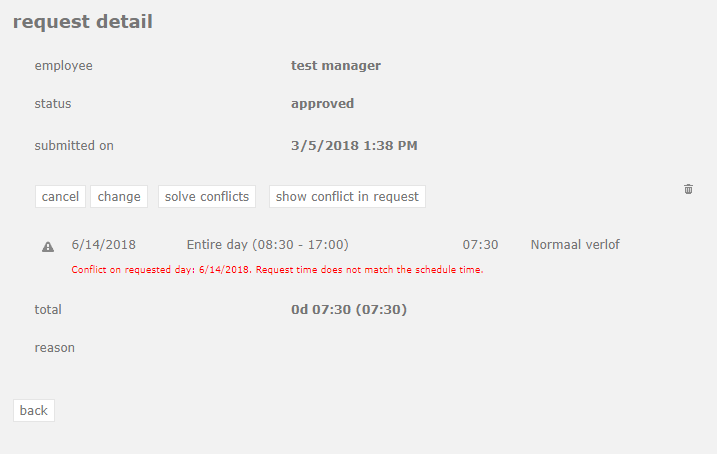 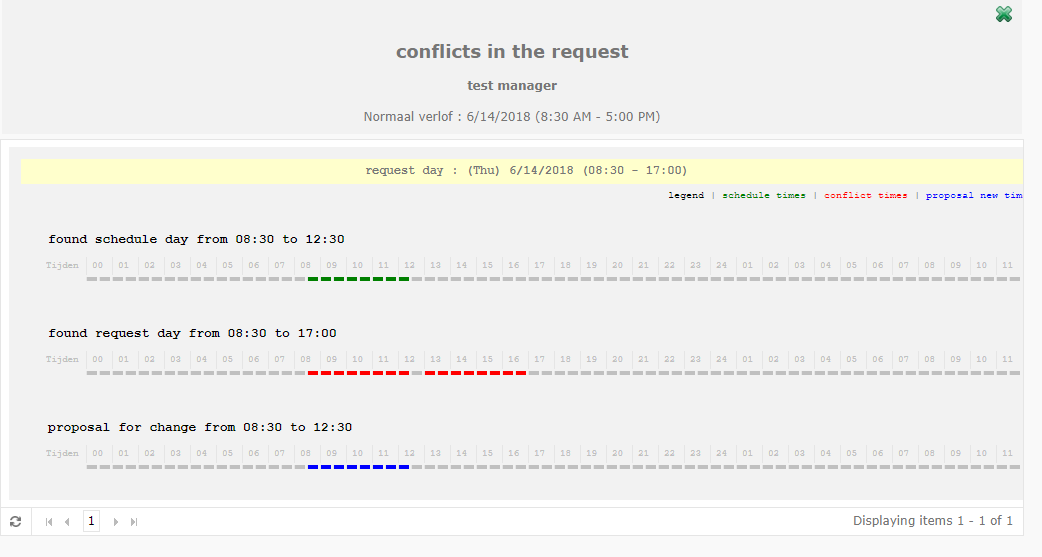 Click here to read more about contract rules in employments.

Click here to read more about changing a contract.